THINGS TO DO IN ERIE, PA

PACA not only produces our own events but we also act as a host venue for other organization's artistic endeavors. By opening our doors and sharing our resources we give these groups the ability to present their work in a professional and exciting atmosphere. 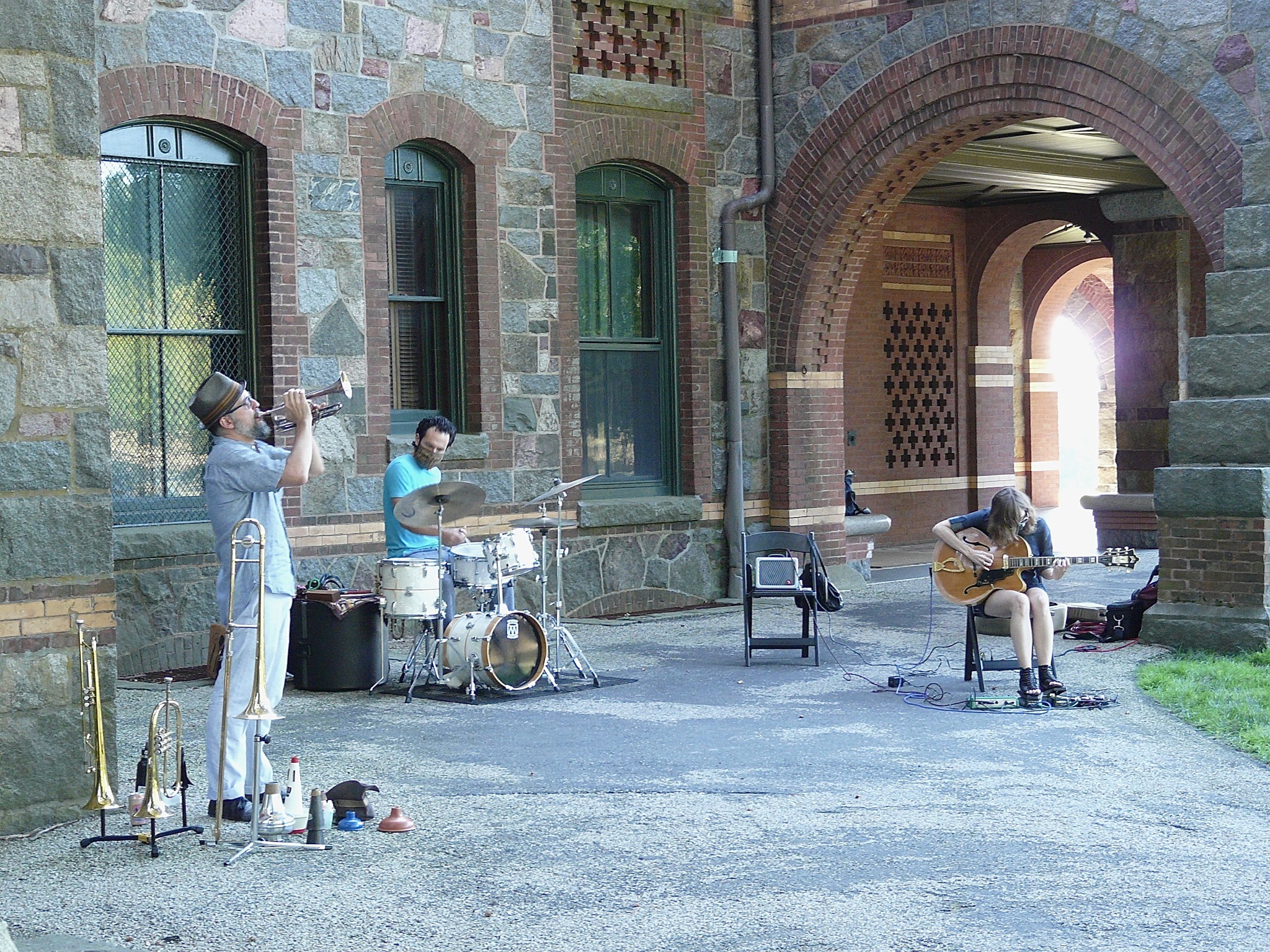 The artistic paths and creative projects of drummer Tomas Fujiwara, guitarist Mary Halvorson, and cornetist Taylor Ho Bynum have been deeply entwined for over fifteen years, while each has established a reputation as a leading figure in their generation's creative music community.

Since first connecting in Bynum's Trio and Sextet in 2005, the three musicians have played together on hundreds of concerts and dozens of recordings, including with Fujiwara's Triple Double, Bynum's 9-tette and PlusTet, the collective quartets Illegal Crowns (with pianist Benoit Delbecq) and The Thirteenth Assembly (with violist Jessica Pavone), and in the Chicago meets NYC all-star band Living By Lanterns. In addition, Fujiwara and Halvorson work together in Thumbscrew, the Out Louds, Fujiwara's The Hook Up and Halvorson's Code Girl; Fujiwara and Bynum have maintained a duo for over two decades; and Halvorson and Bynum have shared the stage on multiple Anthony Braxton ensembles, including his long-running Diamond Curtain Wall Trio.

As the world slowly emerges from the pandemic, Fujiwara/Halvorson/Bynum will be making their first tour as a trio in over a decade, made possible with the support of Jazz Road, a national initiative of South Arts, which is funded by the Doris Duke Charitable Foundation with additional support from The Andrew W. Mellon Foundation.

Tomas Fujiwara is a Brooklyn-based drummer, composer, and band leader. Described as "a ubiquitous presence in the New York scene…an artist whose urbane writing is equal to his impressively nuanced drumming" (Point of Departure), Tomas is an active player in some of the most exciting music of the current generation, with his bands Triple Double, 7 Poets Trio, and Tomas Fujiwara & The Hook Up; his collaborative duo with cornetist Taylor Ho Bynum; the collective trio Thumbscrew (with Mary Halvorson and Michael Formanek); and a diversity of creative work with Anthony Braxton, John Zorn, Mary Halvorson, Matana Roberts, Joe Morris, Taylor Ho Bynum, Nicole Mitchell, Ben Goldberg, Tomeka Reid, Amir ElSaffar, Benoit Delbecq, and many others. "Drummer Tomas Fujiwara works with rhythm as a pliable substance, solid but ever shifting. His style is forward-driving but rarely blunt or aggressive, and never random. He has a way of spreading out the center of a pulse while setting up a rigorous scaffolding of restraint…A conception of the drum set as a full-canvas instrument, almost orchestral in its scope." (New York Times).

Guitarist and composer Mary Halvorson has been described as "a singular talent" (Lloyd Sachs, JazzTimes), "NYC's least-predictable improviser" (Howard Mandel, City Arts), "one of the most exciting and original guitarists in jazz—or otherwise" (Steve Dollar, Wall Street Journal), and "one of today's most formidable bandleaders" (Francis Davis, Village Voice). In recent Downbeat Critics Polls Halvorson has been celebrated as guitarist, rising star jazz artist, and rising star composer of the year, and in 2019 she was awarded a MacArthur Fellowship. Halvorson has released a series of critically acclaimed albums on the Firehouse 12 label, most recently Artlessly Falling with her ensemble Code Girl. One of New York City's most in-demand guitarists, over the past decade Halvorson has worked with such diverse musicians as Tim Berne, Anthony Braxton, Taylor Ho Bynum, John Dieterich, Trevor Dunn, Bill Frisell, Ingrid Laubrock, Jason Moran, Joe Morris, Tom Rainey, Jessica Pavone, Tomeka Reid, Marc Ribot and John Zorn. She is also part of several collaborative projects, most notably the longstanding trio Thumbscrew with Michael Formanek on bass and Tomas Fujiwara on drums.

Taylor Ho Bynum is a composer, performer and interdisciplinary collaborator, and a producer, organizer, teacher, and writer. His expressionistic playing on cornet and expansive vision as composer have garnered him critical attention on over twenty recordings as a bandleader and dozens more as a sideman, including The Ambiguity Manifesto, a top-10 choice in the 2019 NPR Jazz Critics' Poll. His varied endeavors include leading his own bands, his Acoustic Bicycle Tours (where he travels to concerts solely by bike across thousands of miles) and his stewardship of Anthony Braxton's Tri-Centric Foundation (which he served as executive director from 2010-2018, producing and performing on many major Braxton projects, including two operas and multiple festivals). Bynum has worked with other legendary figures such as Bill Dixon and Cecil Taylor and maintains current collaborative projects with Tomas Fujiwara, Mary Halvorson, Kyoko Kitamura, Joe Morris, and Tomeka Reid, among others. He is currently the director of the Coast Jazz Orchestra at Dartmouth College, where he also teaches music history, composition and improvisation, and his writing has been published in the New Yorker, Point of Departure and Sound American.

BUY TICKET
Return to All